(#a justice without judgement) The digital court: the net-judgement as a socialised locus of exclusion 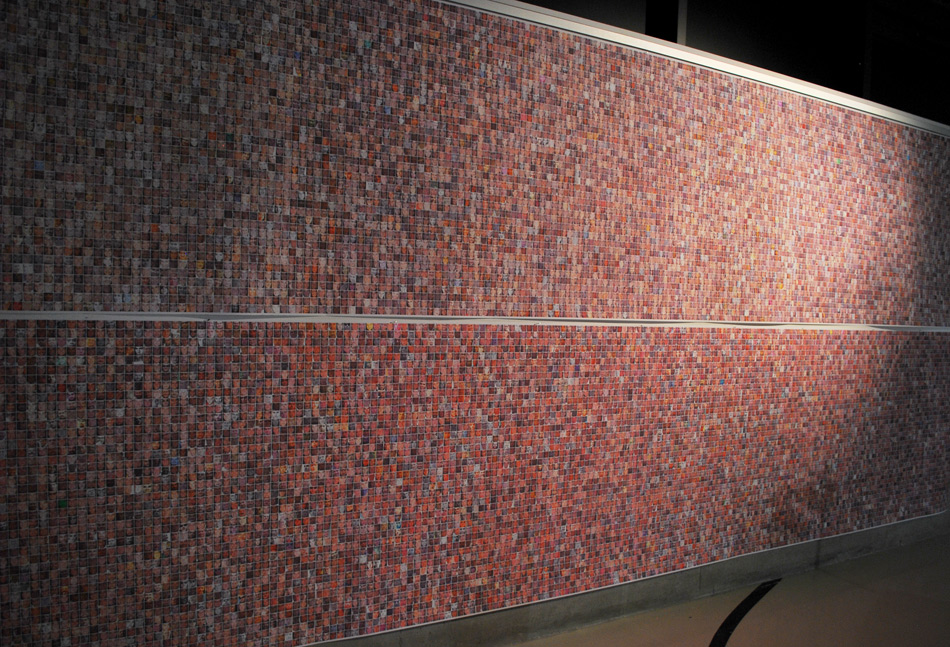 This may be the secret: to let exist, do not judge.
(Deleuze, Essays Critical and Clinical)

My previous intervention ended as such: Is the juridico-discursive representation no more related to the subjectivation? And “How is it possible that this headless social governmentalized body often behaves as if it indeed had a head?”  In fact, many social phenomena seem to reveal oriented trends. I propose that homo juridicus plays a role in subjectivation by orienting the social govermentalized body via judgmental discourses you have in social networks.

The open question is still open and probably it will remain so. I am going to search for an answer and in the meanwhile I am drawing the traces of my thoughts.

According to Balibar (Difference, Otherness, Exclusion. Anthropological Categories in the Analysis of Racism), it is possible to trace a conjunctive line between Arendt and Foucault, even if Foucault never mentioned the German philosopher when he was commenting the “same” historical sequences. Such point of continuity would be represented by the akin idea that processes of mass extermination, or more generally elimination “ever were possible in history, especially in Modern history, and especially from within States and Societies, without their victims being, so to speak, prepared for elimination, i.e. progressively and institutionally marked as potential, future victims, and collectively pushed into a social symbolic corner where they acquired the status of “living corpses”, or masses of individuals who are neither completely “alive” nor yet, already “dead”. This is certainly the most shocking and embarrassing aspect of the processes of extermination and elimination that characterize Modernity, because it takes place within the realm and the time of legality and normality, because it is associated with forms of rationality that we believe are inseparable from civilization, and because it is open to repetition.” 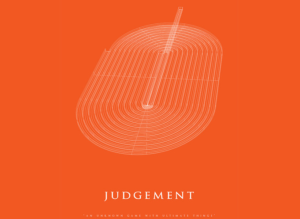 What happens within the realm of legality and norm-ality? You have the rise of the dyad ‘civilization-rationality’ which takes place into educational institutions aimed to give shape to the ‘future humanity’ according to a norm, i.e. the law of consciousness (or, according to some scholars, the law of the unconsciousness), namely the ego, the civilized self fixed into the effort to manifest itself ‘outside’, into  society. As society, according to Marx, is not the sum of individuals but the way in which individuals are related, then it’s necessary to understand the plot of power(s) which regulate such relations. Thus, educational institutions act together with punitive institutions (disciplinary society). If one can say nulla lex sine poena, the refusal (and the exclusion) of individuals not correctly shaped as norm-al, according to ‘eligible criteria’, is implicit. One can say that today you have the shift from disciplinary society to society of control. What is society of control? It is not simply the very act of controlling things, of course, nor the technical reproduction of the capacity of control flows of information, data, things and so on. The issue of control is that it masks its police aims which underlie a morbid government over quiet, infantilized and normalized people.

And here is the angle where the government turns into a legal system.

The end of discipline and the start of control society would represent the end of institutionalized oppression and the purpose of people’s limitation, but it is possible to define another kind of limitation in the age of ‘advanced capitalism’. It, in fact, allows the proliferation of global roads for the circulation of goods, avoiding local legislations (consider the TTIP controversial debate), but we can’t say the same for people more and more limited into the space. The tragedy of immigrants can be read in this frame of selection of humanity. It is not really at stake the capacity of a state – understood as ‘physical’ ability to accept new people, since there is an overcrowding of big cities but also the emptying of many towns. Also, you can’t predict what new individuals can create when they interact with each other nor the evolution of abandoned territories (even abandoned forms of subjectivity, abandoned traditional works, abandoned beliefs and knowledge and so on).

The aim of this kind of power is to continuously produce new sets of values, but the result is the elimination of a great part of the world population, namely the non-productive and unorganized multiplicities. In the first half of the Twentieth century, totalitarianism manipulated the population, whereas after World War II the style changed, but we can’t claim not to be managed and manipulated: now it’s happening on a subtler level, the level of subjective self-awareness, which preludes to a new order that is taking shape.

In order to prepare their subjects to accept their inevitable destinies (as in the case of the ‘necessary’ exclusion of new citizens), apparatuses have produced the subjective norm, which is in turn internalized, in order not only to govern our behaviors, but also our feelings and beliefs on ourselves. The aim of this kind of power is to continuously produce new sets of values, but the result is the elimination of a great part of the world population, namely the non-productive and unorganized multiplicities. In the first half of the Twentieth century, totalitarianism manipulated the population, whereas after World War II the style changed, but we can’t claim not to be managed and manipulated: now it’s happening on a subtler level, the level of subjective self-awareness, which preludes to a new order that is taking shape. The paradigm of what I call ‘the judgmental subject’ in my works, the one which rules the multiplicity of affections into control society, is spread at digital level and corresponds to a constant training of judgment over the self and the others, thus producing a socialized ideal-type accepted or refused into a public court (the mud machine as the dark side of the acclamation, as I try to explain elsewhere). The legal subjects reveals itself when we are willing to adopt our empathic form of subjectivity, which in turn internalizes the super-judge, the one who adequately arranges the disordered, informal, affective and potentially disruptive (or, I would say, able to create new institutions) expressions of ourselves. This can be illustrated in the case of social networks. Social networks involve a constant production of discourses about our statuses (‘what are you thinking about’?), about our needs, desires, conflicts, trends, emotions. I wonder if such confession is guided or not and if it concludes in the ‘normalization’ of accepted statuses. Maybe we can say that it is a sort of confession finalized to be judged and accepted, saved or excluded. This frames the principle underlying assumption of this work: that this phenomenon is changing us and the level of our self-representation, self-judgment, judgment of others, but it is also changing the institutional level let possible fast actions from government to eradicate those ‘elements’ of anguish such the immigrants who had already received a digital verdict. The immigrants, who are not educated according to western models, then are already dead before to start they tragic journey. They are already included into the category of inadequate persons and this deep and emotional process of refusal is rampant and unstoppable. I won’t affirm that the coexistence is easy, I couldn’t do that. I believe that we are the heirs of history and it is important to save the positive effect of so many fights for rights but they are not in our blood, in our soul: they are in our ability to transform the world by recombine past and present, in order to let a large number of people to have a good life.

(#A justice without judgment) The social networks as a judgmental tool 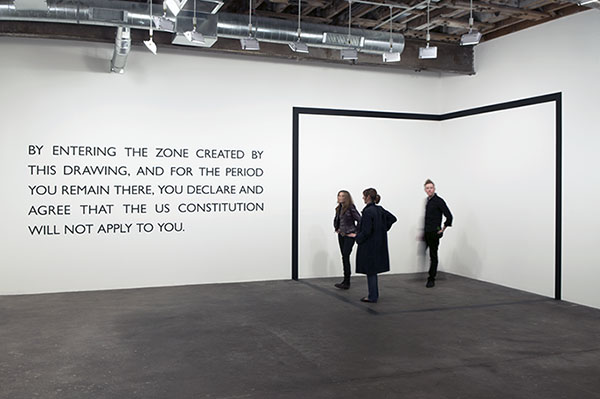 What is the judgment? For a long time, the judgment was placed in the sphere of belief, and it has not been considered an activity separated from the passions. The great conceptual operation of modernity has been that to distinguish the judgment from other faculties of the mind, making it pure. But is it so? May the judgment affect the attribution of value, what it is good and what is bad, or is it a ‘krinein’ (Die Kritik), a cognitive tool aimed to discern? The legal realm implies an extraordinary imagination because you try to see the subjects in future scenarios. To determine whether the judgment, the central exercise of legal, is the result of passion, belief or action is pure not only changes the system of the law but also what we expect from it. Also, it affects our ability to recognize the action of legal on our lives. My point concerns, in fact, just this problem and that I wonder if it is legal or not prominent in our lives through various forms of judgment. Many authors argue that the economy has taken the place of the law and directs life because it is substantially the same shape of the life. I do not think so (I often use the verb to believe … I don’t believe…because everything is a belief, and you tend to ‘choose’ the belief that it is more strategic to the desires you have).

According to Foucault (1982), “The relationship proper to power would not, therefore, be sought on the side of violence or of struggle, nor on that of voluntary linking (…), but rather in the area of the singular mode of action, neither warlike nor juridical, which is government”. In criticizing the juridical model, Foucault saw the central mode of power not in law and consensus but government (1997). Foucault named ‘biopower’ the shift in the rationality of government which affects subjectivation beyond the frame of juridico-discursive representation (Foucault 1990). In claiming that the strategic conception should provide the “exact opposite” of the juridical model, Foucault accepted the juridical model by simply negating it (Lemke, 2000).

Is the juridico-discursive representation no more related to the subjectivation? And “How is it possible that this headless social governmentalized body often behaves as if it indeed had a head?” (Dean 1994)  In fact, many social phenomena seem to reveal oriented trends. I propose that homo juridicus plays a role in subjectivation by orienting the social govermentalized body via judgmental discourses you have in social networks.

In my last works, I develop this topic. Plus, I am writing a paper on FB and the judgment. I hope that this issue can be interesting for OfficinaSedici’s readers!